Karta GPS has launched a wrong-way driver alert system as part of a partnership between Bosch and NDrive. This feature has been deployed in 13 different European countries and it strives to minimize the thousands of tragic occurrences that happen every year due to driving on the wrong side of the highway.

This lifesaving cloud service not only alerts the driver who is heading in the wrong direction; it also warns other motorists in the danger zone, sending out push notifications in 13 European countries at lightning speed. Initially integrated into the radio apps of the German broadcasters Antenne Bayern and Rock Antenne in early 2018, the wrong-way driver alert already has 400,000 unique users and is primed for more.

Some 15 navigation, streaming, and radio apps now feature the app function developed by Bosch. And with that, the service is able to reach several million people in Europe – from Ireland to Italy and Portugal to Poland. “No more road fatalities because of wrong-way drivers – that is Bosch’s goal,” says Dr. Markus Heyn, member of the board of management of Robert Bosch GmbH. Bosch has also developed a software module for this digital lifesaver. The only one of its kind worldwide, it integrates the alert into vehicle infotainment systems.

“ No more road fatalities because of wrong-way drivers – that is Bosch’s goal. ”

Dr. Markus Heyn
member of the board of management of Robert Bosch GmbH

Swelling ranks of navigation services, radio stations, and news portals are integrating Bosch’s cloud-based wrong-way driver alert into their apps, dispatching out a digital guardian angel to keep users safe on every journey.

With 8 million downloads and a million monthly active users on average, the Karta GPS navigation app marketed by the Portuguese startup NDrive is one of the world’s most popular cellphone apps of its kind. People in 140 countries use it not only to find the fastest way to their destination, but also – thanks to Bosch and cloud connectivity – as a wrong-way driver alert.

The radio and streaming app provided by bigFM, which has more than half a million unique users, has featured Bosch’s app function since January 2019. Radioplayer.de, radio FFN, radio rainbow, rainbow 2, radio RPR, TCS, BikerSOS, and many others are offering this service to their app users. More partners are waiting in the wings, including the makers of the Focus Online, Calimoto, and V-Navi smartphone apps. “We want to roll out the Bosch wrong-way driver alert across the board. Every road fatality is one too many,” Heyn says. 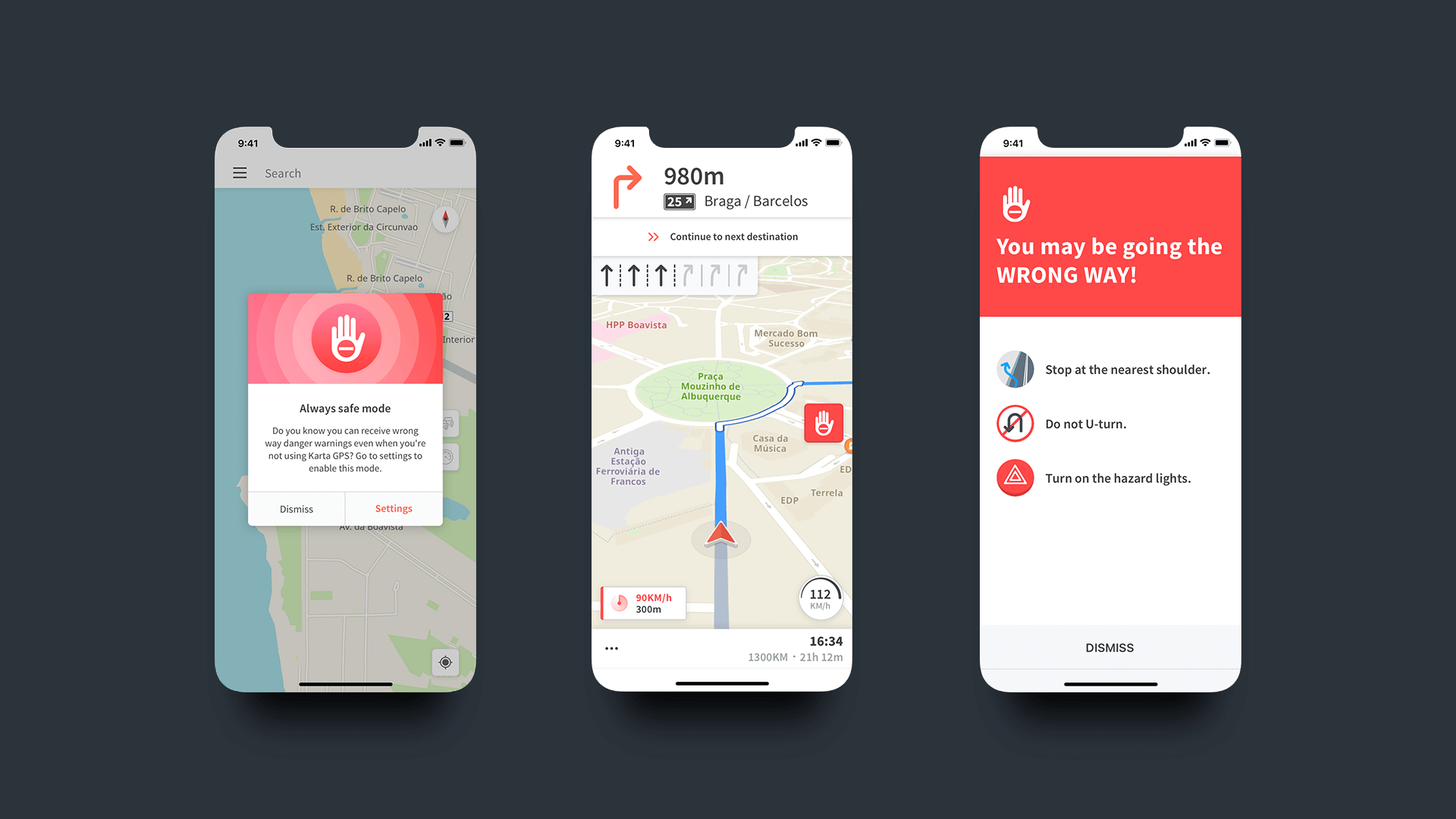 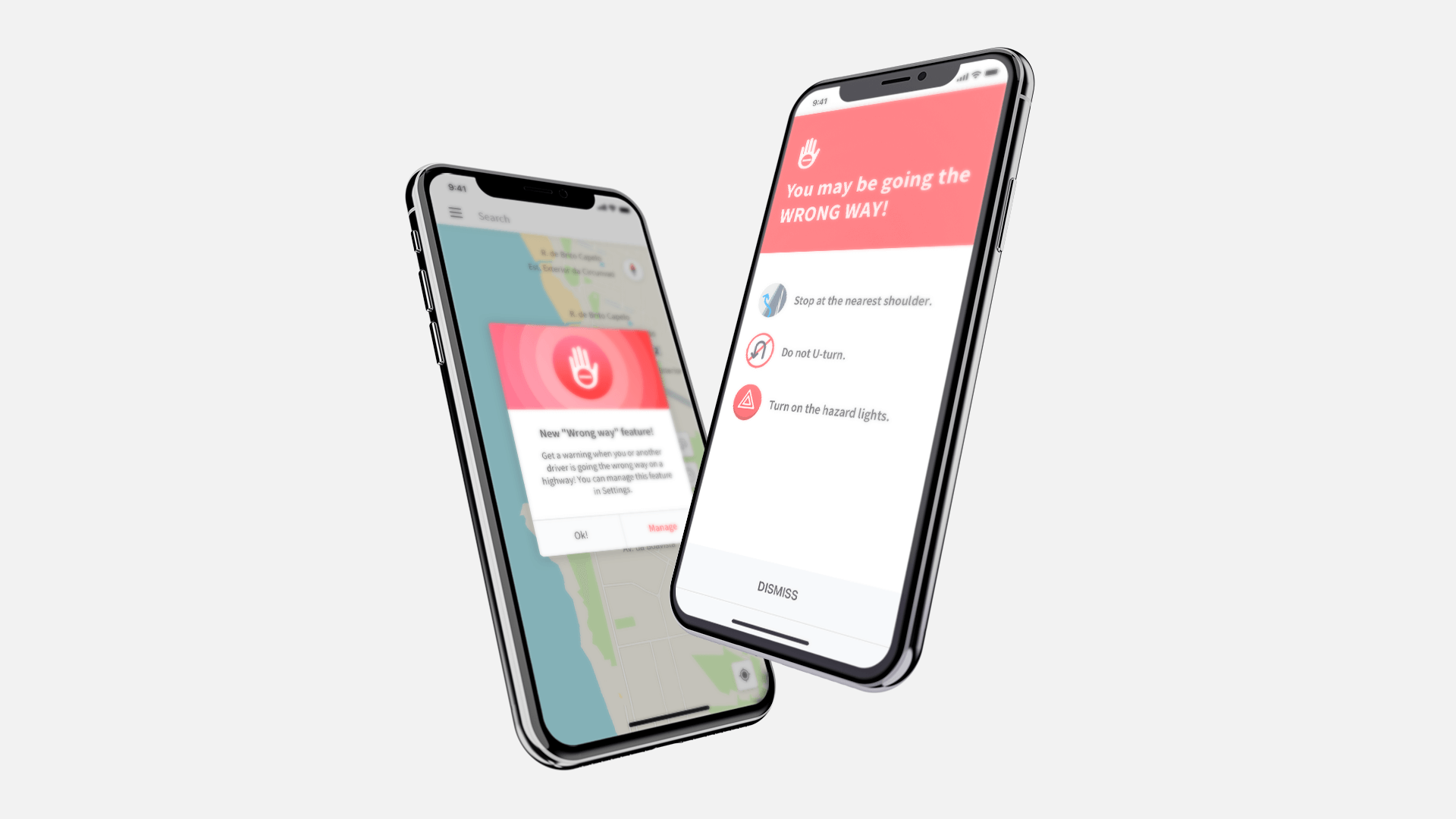 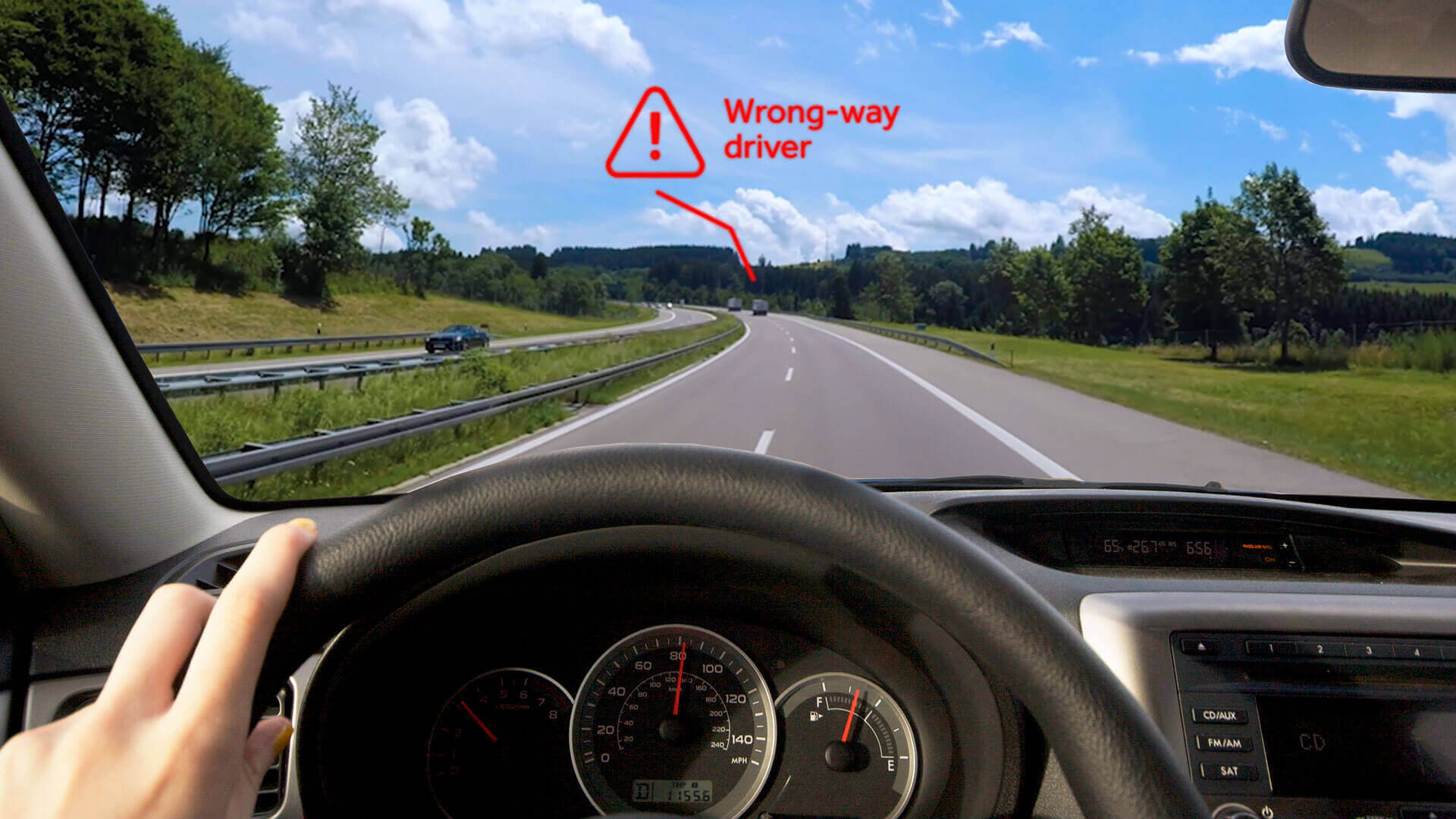 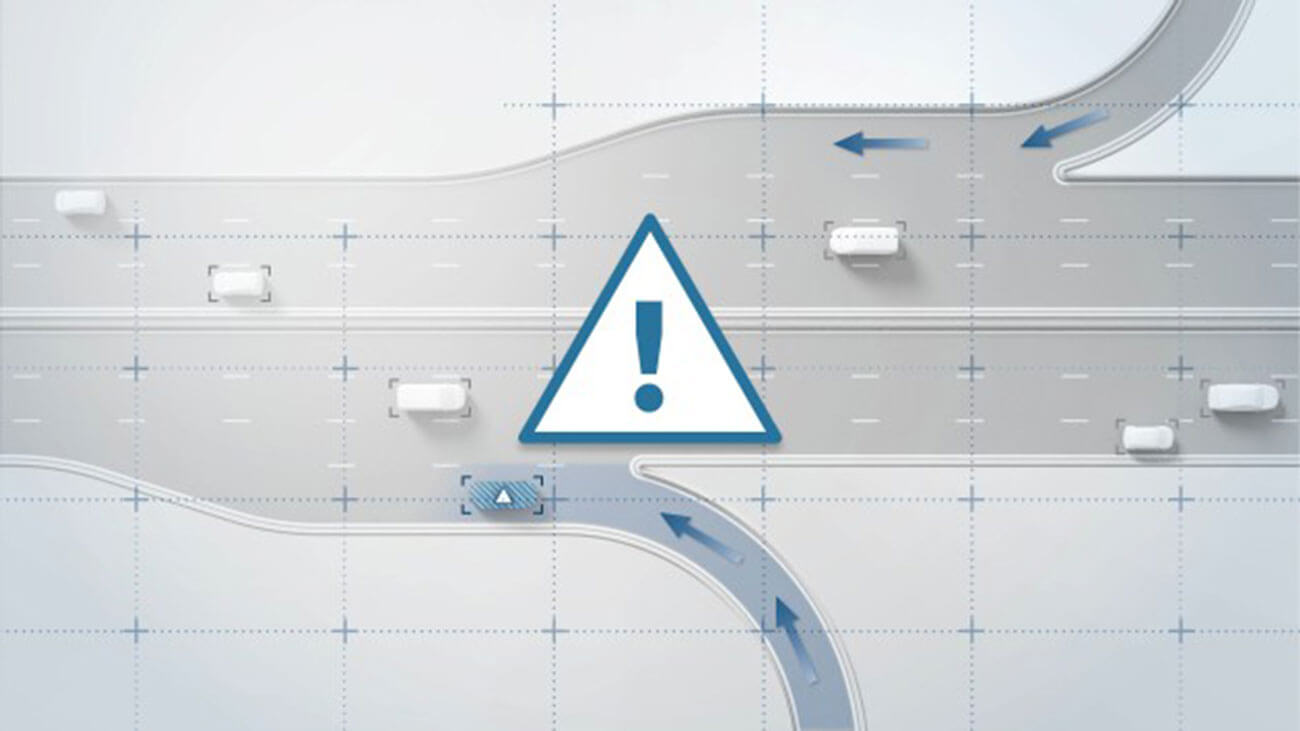 We want to roll out the Bosch wrong-way driver alert across the board. Every road fatality is one too many. ”
Dr. Markus Heyn

Nearly one-third of such incidents end after the wrong-way driver has traveled only 500 meters – in the worst case with fatal consequences. To detect whether a car is joining the freeway in the wrong direction, the cloud-based function compares the vehicle’s actual movements with the permitted direction of travel. Information about this is stored in a database. The driver simply has to have the app open in the background for this to work. Any driver who mistakes an off ramp for an on ramp is alerted by push notification. At the same time, oncoming cars in the vicinity are alerted to the danger. The more connected vehicles there are, the closer-knit the invisible safety net will become. This, in turn, will enhance the effectiveness of wrong-way driver warnings.

NDrive
NDrive is an independent developer and provider of a state-of-the art Turn-by-Turn navigation software for Smartphones, Automotive and Personal Navigation Devices.